THE SUTHERLAND SHIRE: A FRIENDLY PLACE TO TANGO

One of the things I adore about dancing tango is being able to travel the world and not be limited by language, location, who I know, or whether I’m travelling alone. Once I hear the familiar music in the air the excitement sets in.

My latest trip was not a tango trip, however, my aim was to dance once at each destination and given that I travelled with a small carry-on suitcase for the entire month, I only allowed myself to pack two milonga dresses and one pair of dance shoes.

My trip started in New York where I met up with a couple of non-tanguera school friends from Uruguay, both enjoy listening to tango so they were keen to go with me to the milonga. It was a Thursday night so we headed to La Nacional (239 W 14th St, New York) on a recommendation from a Sydney dancer. We hadn’t made a reservation and when we arrived, we were surprised to see that the room was full. It was a smallish rectangular room with a bar, a small area with tables, a stage, and chairs lined along the walls, and timber flooring. We pondered over the best place to put down our things, and ended up moving a couple of times, our final spot was on the chairs lined against the wall. We ordered some red wine and made ourselves comfortable.

The girl at the front desk was not particularly friendly but the leaders were lovely, I enjoyed some nice tandas. The cover charge was US $15 and included a performance by Lorena Gonzalez (Tango Salon World Champion 2014) and Gaston Camejo.

Next on the itinerary was London, this time I was on my own, my girlfriends continued on their trip to Miami whilst I crossed the Atlantic Ocean to London. I was only in London for two nights and given that I was too tired on the first night I left the dancing for the second night which in hindsight was a mistake because I ended up with a minor injury which meant I wasn’t able to dance at all. Incredibly disappointing but there was nothing I could do about it so I continued to enjoy the trip.

My next stop was Paris, I enquired with a tanguero about the best milonga to go to and was told to go to the outdoor milonga at Place de l’Opéra, on the stairs of Palais Garnier. I was a little worried as I got the metro and really wasn’t quite sure what I was going to encounter at the other end of the line, but I was delighted to hear tango in the air as soon as I exited the station. Actually, what I saw was the most amazing scene, a monumental marble building with the most exquisite architecture, and right there on the landing were a number of couples dancing away. I crossed the road, looked in awe, and then proceeded to put on my dance shoes. One of the dancers who was there showed me where to leave my belongings safely by tying them to a rope.

I managed to enjoy one tanda after another with both locals and visitors until bad luck struck again. One thing I did notice about the style of dance this night was that it was not to the floor or ground, there were a lot of moves going on that were really for performances, not suitable for a milonga.

This is where the story gets gory, one minute I was being lifted up and twirled in the air before doing a sentada, and the next minute I was in incredible pain, I looked down at my right foot and there was blood everywhere. I knew immediately what had happened, I had heard of girls losing their toenails whilst dancing and prayed it would never happen to me. A girl that saw what happened handed me a tissue which I wrapped around my toe, and then I spent the next hour hobbling around Paris looking for an all-night chemist that would recommend what to do next. Although it wasn’t a great end to the evening, it was one of the most spectacular locations I have ever danced at so that in itself made up for all the pain.

A couple of days later I went back to take these photos of the building. 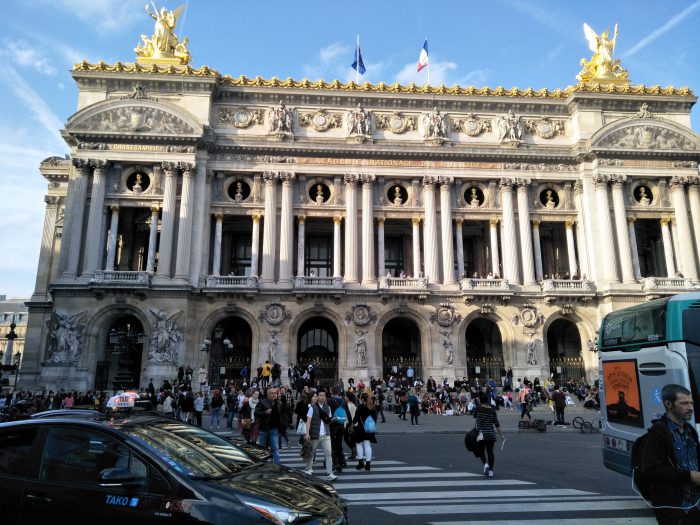 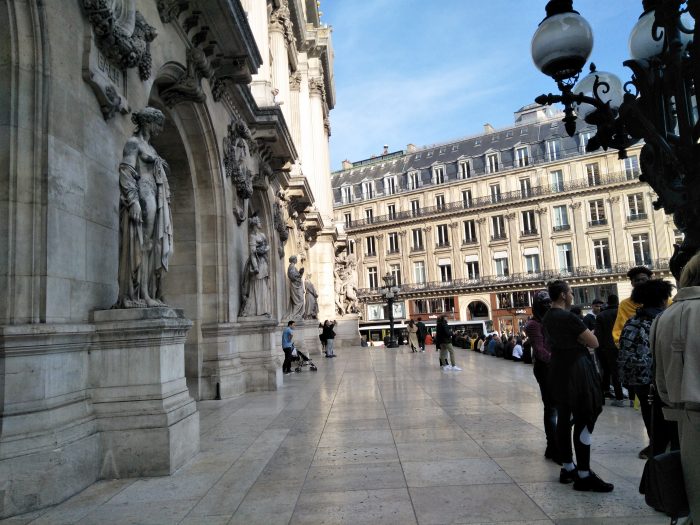 One thing that is mind-boggling is that the leader I was dancing with was not in the least bit concerned, he made no attempt whatsoever to help me, he knew I had no internet which really made things more difficult for me. I know that had it been the other way around I would have done everything I could to ensure the person was ok, I would have accompanied them to a clinic or hospital or at the very least gone with them to find a chemist.

I then travelled to Naples for a few nights and managed to just miss an incredible festival and marathon with two of my favorite dancers, Noelia Hurtado and Carlitos Espinoza.

Next on my agenda was Salerno, I really didn’t think I would have an opportunity to dance there because Salerno is a fairly small city that doesn’t have milongas every night of the week. But I was very lucky to make an enquiry which lead to me finding out that there was a milonga that very night, Milonga Tradicional.

I got ready, bandaged my toe and then sat in my room wondering if it was a good idea to go to the milonga, although it was almost two weeks since the incident in Paris I knew that even the slightest touch could be potentially painful. So I took a chance and off I ventured, walking the beautiful little streets of the historic centre in Salerno hoping to find a taxi as Salerno has no Uber. I walked and I walked and I walked and there was not a single taxi in sight, I ended up going to the train station and found a taxi there, the taxi driver explained that the majority of people own their own car so there is very little need for taxis.

The taxi dropped me off right outside the Centro Sociale Salerno (Via Guido Vestuti) at around 10.30pm. Once again, as soon as I closed the door of the taxi I could hear the tango in the air. The organisers here were very welcoming, they went out of their way to make conversation, they asked lots of questions, I was shown to a table and was also told that the €10 cover charge included a drink of my choice. The room was quite large and squarish, it was well attended, small tables and chairs all the way around the room, very dimly lit, unfortunately I forgot to take a photo until the very end when only a few people remained. I enjoyed lots of tandas with some very nice milongueros and overall had a great evening, importantly, without disasters.

Interestingly on two occasions the DJ started playing a tanda (both times it was a milonga tanda), and since no one got up to dance within the first 20 to 30 seconds of the song, he stopped the music and switched over to a completely new tanda.

In a couple of days I will be heading to Cinque Terre before going back home to Sydney. Mission accomplished – well almost!