THE SUTHERLAND SHIRE: A FRIENDLY PLACE TO TANGO 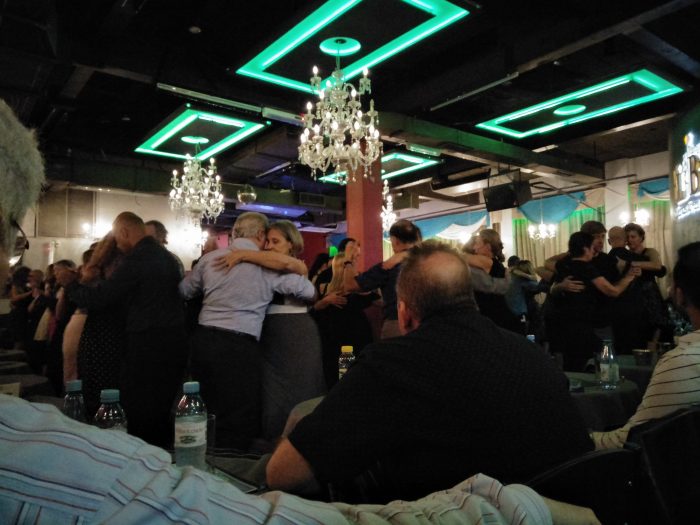 Recently, whilst at a very popular and busy Buenos Aires milonga a beginner dancer asked me to dance which led to an awkward situation for myself and the beginner dancer.

The situation itself posed a number of interesting questions in regards to etiquette, milonga codes and just basic human interaction.

The leader used cabeceo from a few meters away, I had just arrived and had not had a chance to look at the floor and see the level of dancing of any of the dancers, and in particular I had not watched this man dance. I accepted the dance, stood up, approached the floor where he was waiting and as I did he asked, in Spanish, if the music playing was a milonga. I was taken aback as it was a vals, it was definitely and unequivocally a vals tanda and I was rather dumbfounded, actually, I thought he was pulling my leg! He told me he could dance tango and that his teacher had told him that the milonga was the same but just faster.

And there we stood, not quite knowing what to do. In hindsight this was the moment when I could have declined the dance as we were still standing on the edge of the dancefloor, we hadn’t joined the line of dance.

We started dancing and he was very much a beginner. Normally I have absolutely no qualms about dancing with a beginner, I too was a beginner, we all were. But my conundrum was based around the fact that as a follower, I want to look the best I can, particularly during the very first tanda, in a place where nobody knows me so that they can see what I might be like as a dancer. We are being assessed by the local, experienced milongueros who do not want to be embarrassed whilst on the floor, so that first dance could be crucial to having a good evening.

So on the one hand I was doing the right thing by dancing with this man, but on the other I was doing myself a disfavour and possibly ruining my chances of having some good dances that evening.

The dancer kept asking if he was doing ok, he said he didn’t quite know what to do. I told him to keep it simple, to walk, he did some ochos which he knew how to do but inevitably I ended up doing some reverse leading which I would never do under different circumstances.

At the end of the second vals I thought I couldn’t do it any more, I thanked him and was about to leave but he pleaded ‘you can’t leave me here now’ ‘no me podes dejar aca en la pista plantado’… argh!! So I stayed and danced the final vals.

So many questions… should I have accepted the dance before seeing what he was like as a dancer? Should I have declined whilst we were still on the edge of the dancefloor before joining the line of dance? Once I accepted the dance, was that a full commitment on my part to dance the 3 valses? Is it really that crucial to make a good first impression as a follower? After all, I did end up dancing the entire night, tanda after tanda with beautiful milongueros. And from the point of view of the leader, was he fully prepared? Should he have attended a milonga when he couldn’t distinguish the difference between a vals and a milonga, let alone dance the basics?

Later that night I noticed he was on the floor again and when he left he walked by and waved goodbye with a big smile.